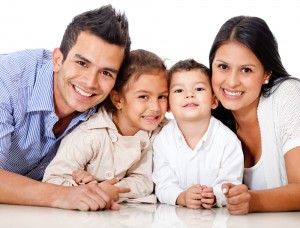 Continuing my brief series on meditation for children, I’d like to take a look at some of the observed benefits of meditation for children. Meditation for children sounds like a novel concept, but the truth is, it’s something a lot of people have been working on for a long time, now. For example, it might surprise you to learn that actress, Goldie Hawn, has been working on a program that teaches children how to meditate for the past 10 years, consulting neuroscientists and psychologists along the way. Similarly, film director, David Lynch, began a scholarship program eight-years ago that gives scholarships to school-aged children to study transcendental meditation.

Both of these high-profile celebrities advocate meditation for children because they recognize the benefits of it.

Many studies have been conducted to observe if there are any notable benefits of meditation for children, and so far the results have been astounding.

According to ABC News, the University of California, Los Angeles, conducted a study on the benefits of meditation for children, and they found that third-graders who practiced mindfulness meditation for 30 minutes, two days a week, for eight weeks, had improved behavior and did better on tests associated with memory and focus.

A study conducted in the San Francisco Unified School District found that their students who practiced transcendental meditation showed massive improvements in their scores on math tests, and that their dropout and expulsion rates also decreased tremendously.

Lots have studies that have been conducted on mindfulness meditation for children have also shown that overall, mindfulness techniques make dramatic changes in a child’s behavior by giving them better impulse control, and reducing their stress and anxiety.

So, look at this information, we can see that children who have learned how to meditate are not only more relaxed and in control of themselves, but they are actually smarter than their counterparts who do not practice meditation. The evidence is clear: children benefit from learning how to meditate and practicing it on a regular basis, emotionally and cognitively. Next week I will be continuing this series on meditation for children by giving you some tips can use if you would like to get your child started on a meditation routine.