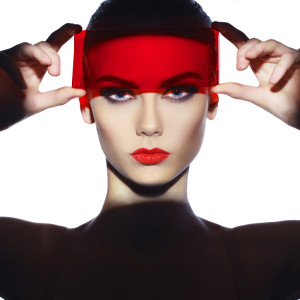 The human brain is an intricate — oftentimes misunderstood — genetic phenomenon. It’s the single-most explored human membrane which has been thought to function like a muscle, with unique traits that set it far apart from other human features. It’s been studied for centuries and, for decades now, scientists have been steadily trying to mimic the human brain in the way it functions.

Understanding the way the brain functions is important, not only for the sake of better understanding human consciousness and sub-consciousness, but also as a method of tackling and defeating certain neurological conditions such as Parkinson’s Disease and Alzheimer’s. Since the beginning of time, these neurological conditions have plagued the human race. Which is why recent advancements have had profound impacts on what we know, and how we handle, such conditions.

Researchers at the MicroNana Research Facility (MNRF) have successfully constructed what can be described as the world’ first electronic multi-state memory cell. This cell quite literally mirrors the brain and its ability to process and store multiple strands of information, simultaneously, It’s perhaps the single greatest leap in long-term memory cell cognition and has provided light at the end of the tunnel for many in the science community — as well as those who’ve been affected by such grave conditions.

The leader of the research project, Dr. Sharath Sriram, who’s also the co-leader of the RMIT Functional Materials and Microsystems Research Group, goes on to tell us that, “this is the closest we have come to creating a brain-like system with memory that learns and stores analog information and is quick at retrieving this stored information.”

“The human brain is an extremely complex analog computer… its evolution is based on its previous experiences, and up until now, this functionality has not been able to be adequately reproduced with digital technology.”

As you can predict, such a discovery is going to have a direct and profound impact on the future of memory cell diagnostics and the way we understand neurological conditions. But it doesn’t come without a backstory. RMIT has been at this for years. Their recent research builds on top of their previous discovery: That ultra-fast nano-scale memories were developed using a functional oxide material in the form of an ultra-thin film… some ten thousand times thinner than a human hair. (Yeah, that’s pretty microscopic).

Dr. Hussein Nill, lead author of the study, says, “the new discovery is significant as it allows the multi-state cell to store and process information in the very same way that the brain does.”

“We have now introduced controlled faults or defects in the oxide material along with the addition of metallic atoms, which unleashes the full potential of the ‘memristive’ effect — where the memory element’s behavior is dependent on its past experiences.”

One small step for the human brain, one huge step for human kind…