You are here: Home › Memory › Neuroscience › Blog › News › Science › How Researches Have Successfully Erased and Reactivated Memories In Rats 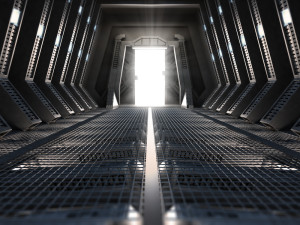 Have you ever wanted to erase a particular memory from your mind so you didn’t have to deal with the pain, depression, disgust or hurt that’s associated with it? Or, maybe you’ve selfishly (or selflessly) hoped that such a memory could be erased from someone close to your own mind. Well, in the next couple of years, such hopes may become realities.

A recent study suggests that researchers at the University of California, San Diego School of Medicine, have successfully erased, and then reactivated, the memories stored in the minds of rats. Such a scientific leap has profound implications on the human psyche, as, soon enough, memories may become programmable and erasable data snippets within our own minds.

So, how does something like this actually happen? Roberto Malinow, MD, PhD, professor of neurosciences and senior author of the study, explains just what we need to know: “We can form a memory, erase that memory and we can reactivate it, at will, by applying a stimulus that selectively strengthens or weakens synaptic connections”, he explains. Simply speaking, scientists were able to stimulate a group of nerves found in the rat’s brains which, have been genetically modified, to become sensitive to light. By performing a series of association tests, whereas the “stimulation”, in the rat’s minds, is correlated with pain. Then, explains Malinow, “we can cause an animal to have fear and then not have fear and then to have fear again by stimulating the nerves at frequencies that strengthen or weaken the synapses.”

Perhaps more interestingly, the study has shown that scientists can now re-activate a lost memory by simply re-stimulating said nerves with a memory-producing, high frequency train of optical pulses. As being re-conditioned, these rats had then shown signs of, once again, responding to the original stimulation with fear — despite not being shocked repetitively.

Sure, this study has only been successfully completed in rats, but like most research done on rats; it will soon be tested on the minds of willing human beings. Maybe one day we won’t have to deal with unwanted memories. Or, maybe, this is something that could have dire effects on the human race. Although mind-control has been practiced for decades, these great leaps have shown that it may not be too far from becoming a reality.