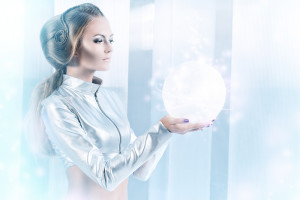 Quantum theory is something many people have heard of but few understand. It’s a branch of science that has given us certain nano-technologies such as LEDs, lasers and even computer chips. Recently, however, Quantum theory has brought a couple of scientists together to explore a rather decades-old experiment known as John Wheeler’s delayed-choice “thought experiment”. In Laymen’s terms, it allows a moving object to act either as a particle or as a wave. The experiment than asks, “At which point does the object decide?” In other words, how is it determined, and at what point throughout the process does this “choice” take place?

As far out as this might sound, two physicists at The Australian National University (ANU) have further explored and expanded on Wheeler’s experiment and found that the answer to that question lies in quantum physics. Keeping that in mind, the object’s behavior would ultimately be determined in terms of measurement, or, at the end of its journey.

“It proves that measurement is everything. At the quantum level, reality does not exist if you are not looking at it,” explains Associate Professor Andrew Truscott from the ANU Research School of Physics and Engineering.

“Quantum physics’ predictions about interference seems odd enough when applied to light, which seems more like a wave, but to have done the experiment with atoms, which are complicated things that have mass and interact with electric fields and so on, adds to the weirdness”, exclaims Roman Khakimov, PhD student at the Research School of Physics and Engineering.

The theory was put to the test through a series of smaller experiments in which Professor Truscott’s team trapped helium atoms in a state of suspension known as a Bose-Einstein condensate. After that they were ejected until there was only a single atom left. After some time, the lone atom was dropped through lasers — well, a counter-propagating laser beam to be exact — which was done to form a grating pattern that would act as a crossroads to scatter the light.

At the end of the experiment, the random number determining whether the grating was added actually only generated once the atom was passed through the crossroads. “The atoms did not [actually] travel from A to B. It was only when they were measured at the end of the journey that their wave-like or particle-like behavior was brought into existence”, Truscott goes on to say.