You are here: Home › Blog › Science › Consciousness › News › Quantum › How Human Consciousness Could Be Science’s Next Great Frontier 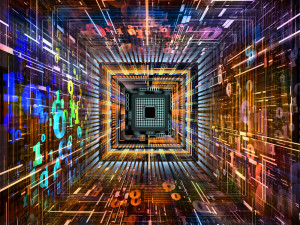 One of the greatest mysteries of the human mind — and perhaps of the entire universe — is our consciousness. It has, until recently, been a subject, which has been widely avoided, by scientists and physicists alike due to their inability to prove what it really is, either scientifically or physically. Science is, after all, the ability to explain physical effects that can be observed and described mathematically — human consciousness has always fallen well outside this analytical explanatory conundrum.

Over the last few years, however, a very limited number of experts have entered in to this mysterious field as to explore more deeply just what consciousness is, and how it affects our being. Max Tegmark, a cosmologist at MIT, recently published an article that suggests that consciousness is actually a state of matter.

“Just as there are many types of liquids, there are [also] many types of consciousness,” exclaims Tegmark. Using this newly considered approach, consciousness may now be thought of and explained from a quantum mechanics and information theory perspective, which would, in turn, allow us to address this phenomenon scientifically.

Having been quite a tricky topic in the scientific community for many years, experts are now looking to take the leap in to human consciousness in effort to understand just what’s going on in our minds.

Oftentimes, consciousness is grouped in to the same category as one’s own soul or spirit, making it a tricky topic to cover scientifically. It’s no wonder, then, why this particular subject had been frowned upon within the scientific community for so long. But Tegmark’s recent insights in to such topics mean it may now be becoming more widely accepted as the next greatest scientific frontier.

Another forerunner in to the study of our consciousness has been that of Giulio Tonini.

A professor at the University of Wisconsin-Madison, Tonini has gone to great lengths in an attempt to separate consciousness from other forms of matter, while grouping it within its’ own sub-category which he calls “perceptronium”. In theory, perceptronium can be differentiated from other types of matter — such as solids, liquids and gasses — using five, widely accepted mathematical principles.

Tonini describes perceptronium as “the most general substance that feels subjectively self-aware”. To a non-quantum physics expert, this may sound a bit confusing. In short, this substance, as he describes it, is able to retrieve data, is indivisible and unified, and should be thought of from a much broader angle, whereas traditional scientific systems have typically separated such terms systematically, rather than interconnecting them as one, whole quantum study.

Although both Tonini’s and Tegmark’s studies are still in the early stages — and thus, are unable to explain away important details such as what causes or creates consciousness — they’re both eager to move forward in their hypotheses and have given us more insight than most others ever have in to the mysterious subject of human consciousness.