You are here: Home › Blog › Benefits of Meditation › News › What do Meditation and Laughter Have in Common? 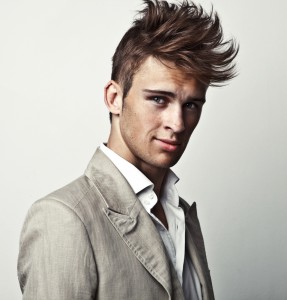 I think it’s fairly safe to say that most people would liken 20 minutes of meditation to a night out at a comedy club, but you might be surprised to learn these two activities have a lot in common. In fact, as far as your brains concerned, they might as well be the same thing. New research suggests that meditating does the same thing to your brain waves that laughing does.

It’s no secret that laughter is good for us. This fact has been so well known for so long now that you’ve probably heard someone say that before, if you haven’t already read it somewhere yourself. What researchers haven’t been able to figure out up until now is if there is anything else that has the same effect on our brain as a good, hard laugh. But now a study at Loma Linda University seems to have found something else that stimulates our minds in the same way: meditation.

Lee Berk, DrPH, MPH, of Loma Linda University had this to say: “Humor Associated with Mirthful Laughter sustains high-amplitude gamma-band oscillations. Gamma is the only frequency found in every part of the brain… What this means is that humor actually engages the entire brain — it is a whole brain experience with the gamma wave band frequency and humor, similar to meditation, holds it there; we call this being, ‘in the zone.'”

The researchers conducted the study by hooking up participants to an EEG monitor — a machine that measures the density of brain waves — and had them watch short videos of either funny, sad, or distressing material. When the participants watched the humorous videos, researchers noticed that their brain waves resembled that of what you’d see in an EEG scan of someone who is meditating.

The research team hopes that their findings will lead to HAML — humor associated mirthful laughter — being used as a non-pharmacological method of improving help and wellness in people lives, much in the same way meditation is now being used for that purpose. Who knows, perhaps one day soon the two will be used in conjunction.