You are here: Home › Blog › Meditation and Military › News › Congressman Pushes for Meditation on Capitol Hill 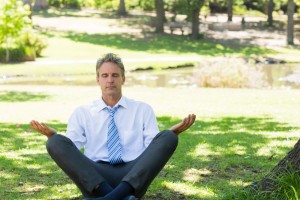 WASHINGTON — Rep. Tim Ryan (D-Ohio) is calling for something I think we all could agree our congress desperately needs: a little mindfulness and compassion. Ryan believes mindfulness meditation can help his colleagues stay grounded in the midst of all the chaos that envelops Capitol Hill on a day-to-day basis. The congressman first began exploring his theory about one and a half years ago when he began holding regular meditation sessions he calls “Quiet Time Caucus.”

So far, only a handful of Ryan’s peers have actually attended these meetings, which might have something to do with why he’s now pushing harder than ever before to promote meditation.

As you might imagine, many lawmakers in Washington aren’t taking meditation as seriously as Ryan would like them to. He’s persistent to get his point across, though, and one of the ways he intends on doing this is by calling on professional athletes and veterans to attest to the power of meditation by sharing stories about how it’s helped them. Up until now, only a few dozen of the roughly 24,000 employees on Capitol Hill have tried out Ryan’s brand of relaxation.

“I just wanted to carve out a space for us to just have some downtime,” he told The Huffington Post. “Just some quiet time, a half-hour. Hopefully, maybe it can just take the temperature down here a few notches. That’s the goal.”

Ryan’s not stopping with Capitol Hill, though. Ryan can’t make his colleagues meditate — he can only talk about it and hope they listen — but as a D.C. lawmaker, he can introduce legislation that can enable meditation to be used in schools, hospitals, and the military. So far he’s introduce legislation that promotes meditation in school, and he’s working on a new bill with Senator Bernie Sanders (I-Vt.) that would incorporate meditation and alternative medicine into veteran’s health services.